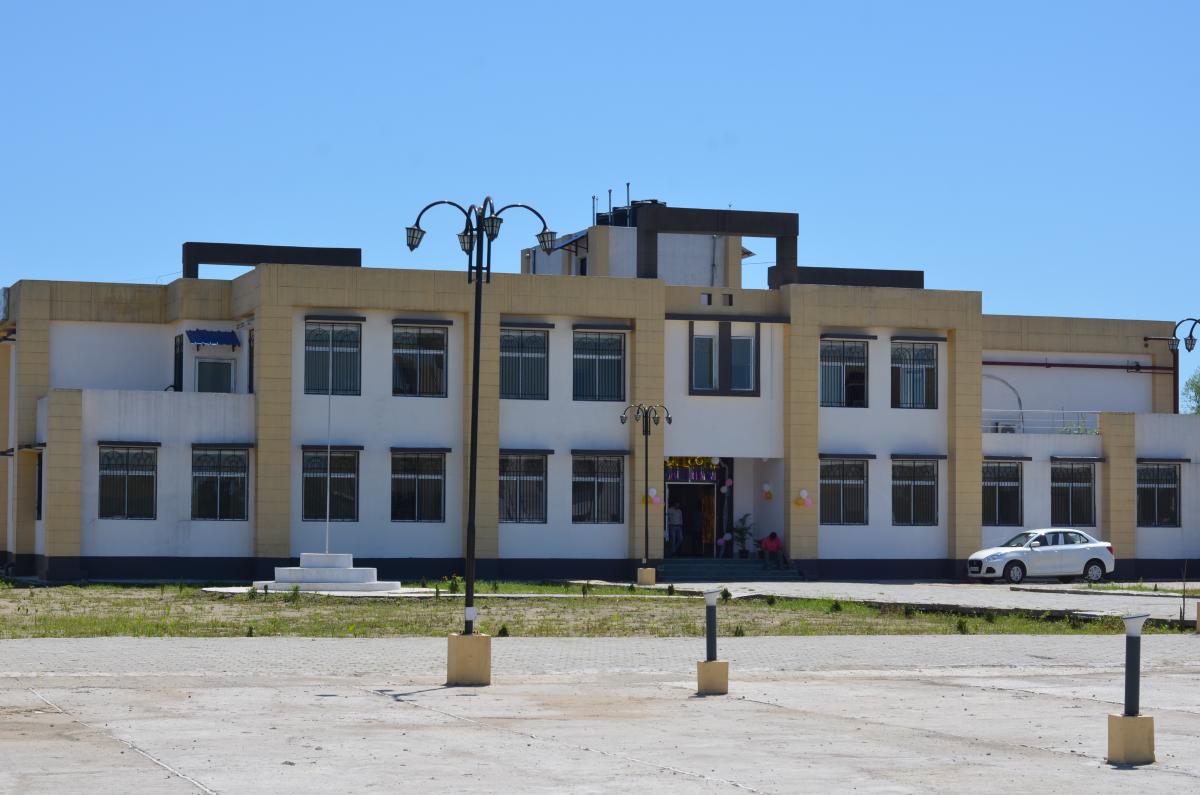 In April’2012, the union cabinet has approved a project of the Dept. of Electronics & Information Tecnology (DeitY), Govt. of India, “Development of the North Eastern Region by enhancing Training/ Education capacity in the IECT Area”. Under which 6 (six) existing NIELITs of the NE region located at Imphal, Aizawl, Guwahati, Shillong, Gangtok, Itanagar were to be upgraded as NIELITs with own campus and also create/upgrade 12 (twelve) Extensions Centres in the entire NE region in order to increase training capacity of the NIELITs in the NE region from existing 3,080 to 14,400 per annum at the end of 5(five) years. Of the 12 (twelve) Extension Centres, 5 (five) were to be commissioned in Assam at locations Tezpur, Jorhat, Dibrugarh, Kokrajhar and Silchar under NIELIT Guwahati. As a consequence, the Dibrugarh Extension Centre of NIELIT Guwahati is  one of the presently prevailed five extension Centres of NIELIT Guwahati (formerly DOEACC Society). Govt. of Assam has already allotted 3.33 Acres of land near Sesa river in Lahoal  on August 2015. Currently training for various IECT programs are going on at Dibrugarh Extension Centre of NIELIT Guwahati.

Dibrugarh is also known as the Tea City of India. This city of rich culture is located in the south bank of the mighty Brahmaputra. Presently Dibrugarh Extension Centre of NIELIT Guwahati is located at it's own campus at Melengial Gaon, Moderkhat, Lahoal  in  Dibrugarh. The centre is  at a distance of 10 km from Dibrugarh Railway Station (Banipur) and 8.8 km from Mohanbari Airport. The centre is well connected by bus, train and by air. It is located 439 km (273 miles) to the  east of Guwahati, the capital of Assam. The centre is surrounded by industries based on Tea production, Oil and natural gas, Power generation and  Fertilizer etc. Dibrugarh Extension Centre  of NIELIT whose mandate is to provide up-to-date industry relevant training programs in the areas of Information, Electronics and Communication Technology (IECT) in the non-formal sector , with state-of-the-art infrastructure and equipments is providing quality education in the field of Information  Technology.